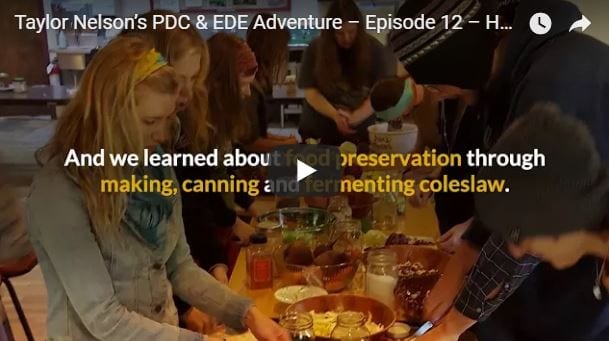 We began Monday with Justin on spiritual activism, specifically its background and the theory behind it, and how it can be applied in our daily lives for positive change. His class was followed by another art session with guest instructor Anna. Her creative assignment for us was to build individual nature altars, and I did a pretty slick job with my fern mound sit-spot, that overlooked the creek on the sloped embankment. Once we finished our altars, we returned to the fire pit and were challenged with continuing to build up the willow hut down by the river – in complete silence. This was a pretty easy task for me, but some of the other students found working with each other and staying silent difficult.

Later that day, we had guest instructor Oblio Stroyman, who brought a panel of peers, to teach us about synergy from diversity in relation to the five spheres of sustainability. It was very interesting to hear from other perspectives on these topics. Tuesday was ‘homesteading skills’ day, and that was a jammed pack day too! We started the morning off with Jackie Byers (Brian’s wife) and learned about food preservation through making, canning and fermenting coleslaw. After her class, we went with Brian on an edible foods foraging trip around campus. We made a specific stop at the Meadow because it’s a ‘camas bulb’ meadow, which the natives relied upon for food as they traveled seasonally and followed the fire paths for edible new growth. Brian also took us to the on-site native edible plants nursery that he and Justin run, to show us the commercial side of homesteading skills. Michelle Green was our final homesteading skills teacher for the day, and she taught us about making medicinal tinctures.  This attracted Avery* – a resident’s child, who had a profound impact on me while I was living at Lost Valley – and she wanted to make a skin ointment for her mom…once she finished her doodling! (*Avery is someone that a snippet of text wouldn’t do justice to describe her.)

The last day of this short week was a field trip to Dharmalya for our PDC plant day with Heiko Koester.

First off, Dharmalya is “a model of sustainable living and neohumanist lifestyle… It was founded in 2002, and in 2008 became a project of the PROUT Institute. It serves as a center for personal and spiritual development, for demonstrating and teaching wholesome and ecologically sustainable living, for promoting the PROUT vision of social transformation, and for facilitating neighborhood and community development.”

Simply put, it’s a neighborhood block that knocked out all of their back yard fences into a giant shared community space with gardens, orchards, playsets, tiny homes and educational facilities (which was a two-story strawbale, mixed-use building with guest rooms) – I’m still floored that I could’ve driven by and never known all of that was there!

Secondly, Heiko is a plant genius and talked straight-up about what he knows and voiced his opinions. Which was refreshing relative to some of our other ‘tamer’ guest instructors. He touched on topics like soil fertility, characteristics and types of plants, companion planting benefits, and took us out into the gardens after each mini-lesson so we could see what he was talking about in person. This was definitely a great way to end the week, especially with the beach adventure on the horizon… 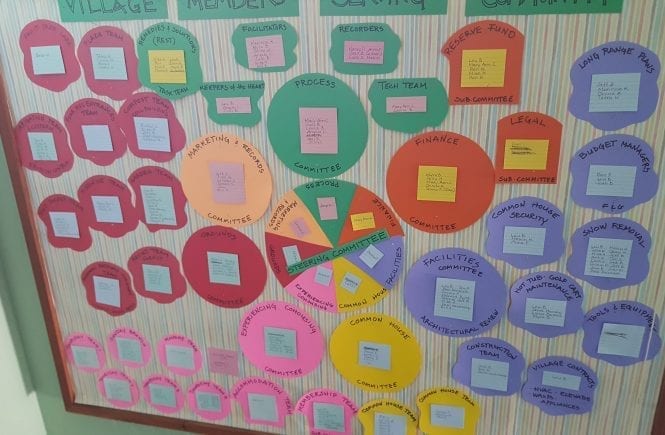 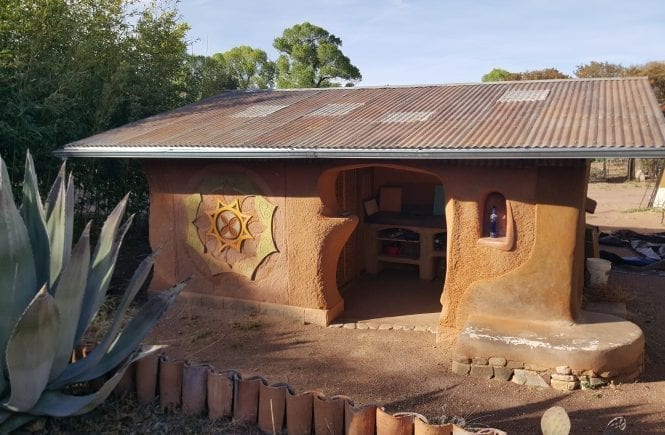 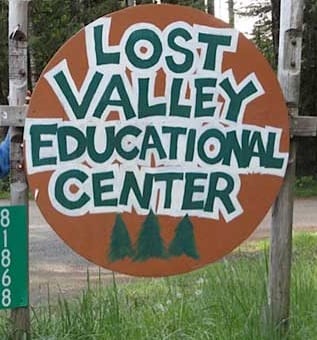