I stayed the night in Salt Lake City at the Ramada Motel, which also had a built-in Indian Cuisine restaurant. After checking-in, I weighed my options for food and decided to cap off the night with a cheeseburger and fries from the Denny’s across the street before embarking on a vegetarian diet. My grandmother on my dad’s side texted me the night before to check out the Temple Square – The Church of Jesus Christ of Latter-day Saints – before I left the city. So I carved out some time to see the square before embarking on a long leg of my road trip.

Below are some of the buildings I saw during my 1 hour personal tour:

“The Church Office Building is a 28-story building in Salt Lake City, Utah, which houses the administrative support staff for the lay ministry of The Church of Jesus Christ of Latter-day Saints throughout the world.”
– Wikipedia “The Salt Lake Temple is a temple of The Church of Jesus Christ of Latter-day Saints located on Temple Square in Salt Lake City, Utah, United States. At 253,015 square feet, it is the largest LDS temple by floor area. Dedicated in 1893, it is the sixth temple completed by the church, requiring 40 years to complete, and the fourth temple built since the Mormon exodus from Nauvoo, Illinois, in 1846.” – Wikipedia “Announced in 1996, the Conference Center was completed in 2000 and is home of the semiannual General Conference of The Church of Jesus Christ of Latter-day Saints. The building contains an auditorium with seating for 21,000 people, a 7,667-pipe organ, and a 900 seat theater. The auditorium is the biggest of its kind in the world and does not have any visible support columns. Throughout the year, other events are held in the building, including Mormon Tabernacle Choir concerts, Church meetings, and civic events. ” – Wikipedia *The above photo was taken from: https://www.templesquare.com/explore/conference-center/ *

“Completed in 2009, the Church History Library was created as a place to house records for The Church of Jesus Christ of Latter-day Saints. The building contains materials that chronicle the history of the Church from 1830 down to the present day. The building’s 10 main storage rooms are kept at closely monitored temperatures of 55 degrees Fahrenheit with 35 percent relative humidity in order to preserve historical documents and prevent aging. Two rooms are kept at -4 degrees Fahrenheit and house special documents such as films, photographs, and other significant records” – Wikipedia The top of the capitol can be seen above the historic buildings and apartments while I was touring the square. “The South Visitors’ Center focuses on the temple and the importance of families in the Lord’s plan for His children. The center allows guests to interact with a scale model of the Salt Lake Temple and view the intricate details of each room. As well as explore the temple’s history of why it took 40 years to build and why temples are so important to eternal families.” – TempleSquare.com “The location for the temple was first marked by Mormon prophet Brigham Young, the second president of the church, on July 28, 1847, just four days after arriving in the Salt Lake Valley.” – Wikipedia “Sandstone was originally used for the foundation. During the Utah War, the foundation was buried and the lot made to look like a plowed field to prevent unwanted attention from federal troops. After tensions had eased in 1858 and work on the temple resumed, it was discovered that many of the foundation stones had cracked, making them unsuitable for use. Although not all of the sandstone was replaced, the inadequate sandstone was replaced. The walls are quartz monzonite (which has the appearance of granite) from Little Cottonwood Canyon, located twenty miles (32 km) southeast of the temple site. Oxen transported the quarried rock initially, but as the Transcontinental Railroad neared completion in 1869 the remaining stones were carried by rail at a much faster rate.” – Wikipedia This exhibit highlights some of the furnishings within the LDS Church’s various rooms, some of which are originals and refurnished pieces. This scale-model of the LDS Church provides visitors with the chance to see what the interior looks like, as the general public is not allowed inside the church by Mormon practice. This mural at the opposite end of the visitor’s center illustrates what the Mormons envision for their lives aligned with their faith and life choices.

After leaving downtown Salt Lake City, I noticed a luxury neighborhood sitting high on the rolling mountains that looked out onto the city. This is definitely where I would want to live in context of my long-term ecovillage plan! 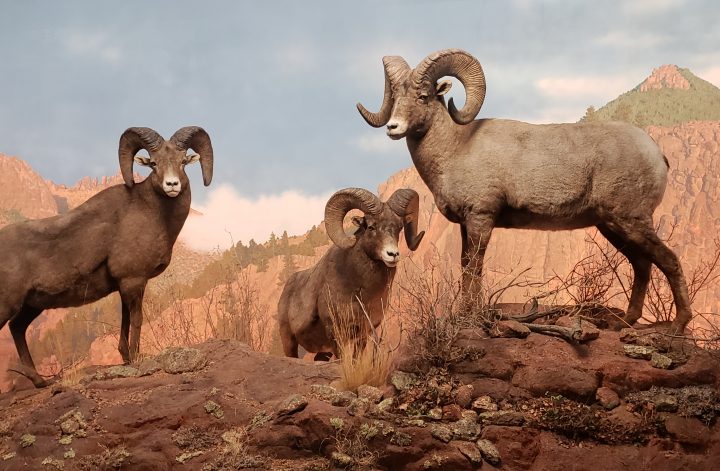 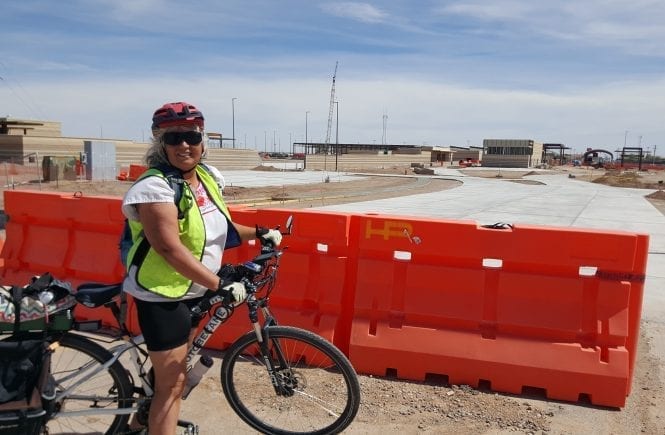